A Quick Hunt with Riton Optics

Here in West Texas bow season has been in full swing since the beginning of October, but with the start of rifle season Riton Optics are a part of the action. My story goes like this…

For about two months I trailed a buck I’d seen on the trail cam early in the year. He had antlers sticking out all over, from the burrs to the points, so I named him “Stickers”. Unfortunately, I was always a step behind him whenever I posted up during bow season. Stickers never appeared.

Fast forward to November 3rd, a lazy Saturday with college football on the TV and a welcomed nap on the couch – and the opening day of rifle season! Being late to the field and feeling guilty from wasting a day, I decided to hunt but knew getting in the tree stand with a bow wasn’t a smart option.

My beautiful lady, Jen, mentioned she wanted accompany me that day, and I was excited about the prospect of furthering her interest in my favorite passion. The dilemma now was that I had installed a Riton optic on my trusty Weatherby 243 rifle, and I hadn’t sighted it in yet.

In a rush and with time quickly getting away from me, I headed to the pasture and set up a target at 100 yards. Mounting the rifle to my shoulder for the first true look through the new glass, I was quickly taken back at how pristine the view was through this Riton optic. The eye relief and clarity rivaled many high dollar scopes I’ve used in the past, and yet the price point was less than half!

Now curious to see if the hold would be true, I fired the first 3 rounds. I got a one inch group, 6 inches low and 4 inches left. I’d hoped that I could make it to the stand in time but knew adjustments could make or break the evening, so I kept fine tuning the scope.

The dials on Riton optics are robust and easy to manipulate and give positive feedback clicks, which confirmed I was making the right adjustments. The markings are bold and simple to read on the turrets, which gave me assurance that my inputs were in the right direction.

Looking through the glass again at the clean crosshairs, I squeezed the next 6 shots off verifying that I was on target, sighted in, and ready for the evening hunt. Surprised at the simplicity, quality, and sturdiness of the scope, I hurried off to the rifle stand.

With Jen by my side and a cool breeze at our face, does and small bucks began to make their way into the wheat field in front of us.  A nice 9 point made his way in, and I began to coach Jen on making the proper shot while trying to keep buck fever at bay. As we discussed about how to take the shot, I notice another deer jump in 120 yards out. Stickers!

The tables were now turned as Jen attempted to keep buck fever off me! 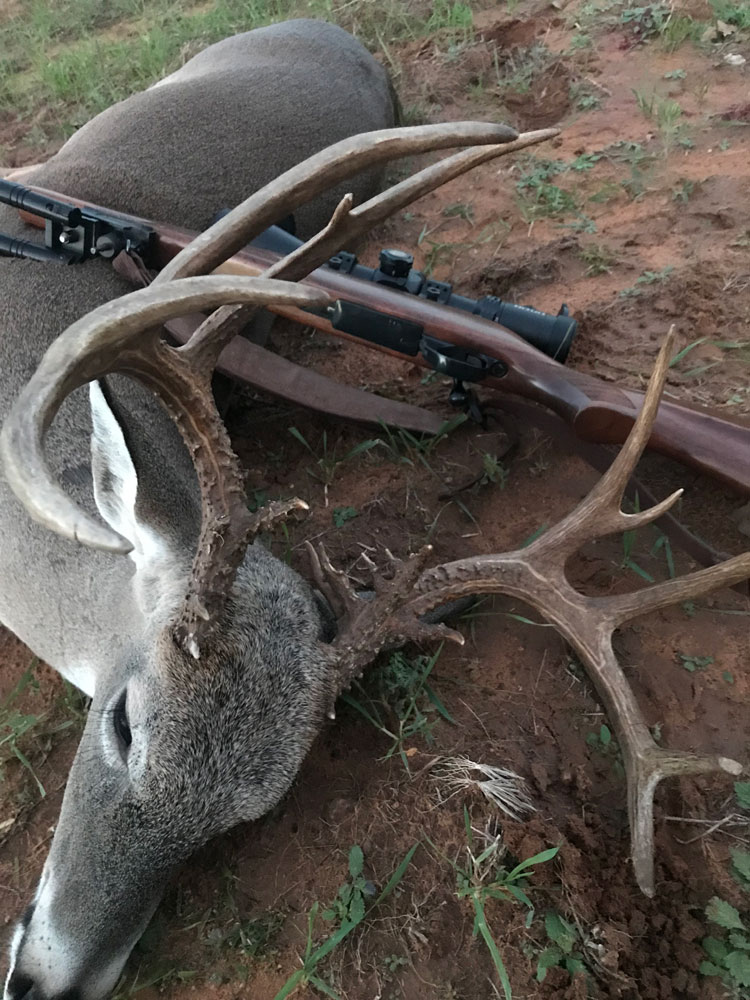 I hoped for a shot and waited an agonizing five minutes before Stickers finally turned broadside. I raised the rifle, and the picture popped into view as if the buck was only 10 feet in front of me. It was exactly what I needed. I settled the crosshairs just behind the shoulder, controlled my breath and slowly squeezed the trigger. My trusty rifle and new favorite glass found the exact mark. Stickers went down 20 yards from where he stood! Celebration followed.

A lazy Saturday, followed by a speedy sight-in made possible by Riton optics, led to my trophy buck and tasty backstraps in my fridge. If you’re looking for superior quality in a scope without breaking the bank, I highly recommend Riton optics, because they’re sure to get you “Right On” target. 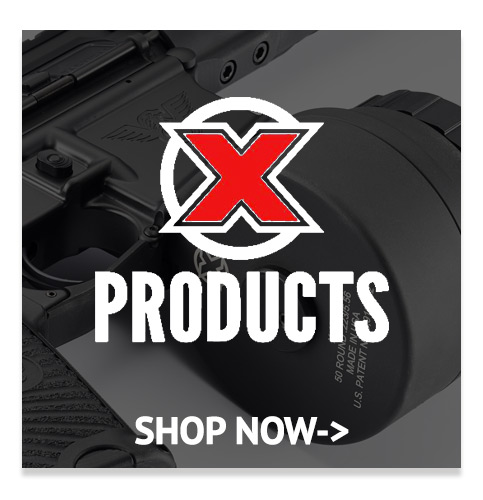